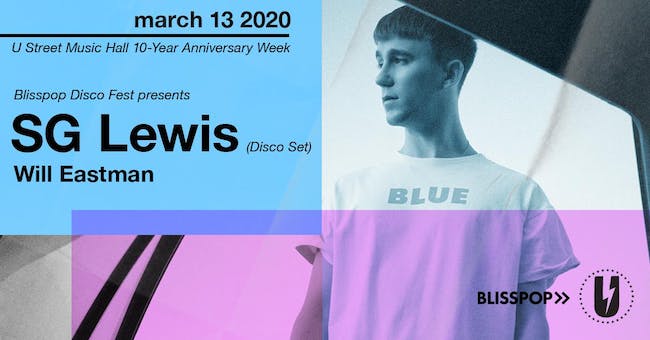 iCal
Google
This show is cancelled. Refunds available at point of purchase.

Will Eastman’s DJ performances have earned him the title “DC’s titan DJ” from the Washington Post. Leader of numerous indie bands since age 15, Will pushes boundaries, melding house, techno, disco, and left-field sounds in his DJ sets and productions. His career began in 2000 when he started Bliss, a monthly resident night focused on emerging dance music held in a no-attitude/no velvet rope setting. While DJing at night, he worked by day for the Smithsonian’s National Museum of American History documenting histories of the electric guitar and sound recording technologies. His Bliss residency, however, meant to be a temporary creative release, would set him on course for a music career. Growing over time in popularity and stature, Bliss became DC's longest running emerging dance music club night, lasting 15 years, eventually morphing into the dance music website Blisspop. Building on his experience with Bliss, Will ultimately dedicated himself to a full time DJ and music production career. His debut single, “Feelin’”, received endorsements from dance music legends Fatboy Slim and Donald Glaude. More original productions and remixes received broad support from artists diverse as Daniel Avery, Aeroplane, and Tiesto, and earned features on BBC Radio 1 and NPR. In addition to his solo work, he was a member of the group Volta Bureau, whose song, "Alley Cat", topped Beatport’s Indie Dance chart for 11 weeks in 2011.

Using curatorial skills shaped during his time at the Smithsonian, Will is resident DJ at several touring parties that encapsulate and pay tribute to musical eras and guilty pleasures: No Scrubs: 90’s Dance Party and Hot In Herre 2000’s Dance Party. The events have sold out the legendary 9:30 Club and tour the East Coast. In addition to making and playing music, Will is founder and principal owner of U Street Music Hall, a music-focused venue that hosts top DJs and live bands. Named one of America’s top 10 dance clubs by Rolling Stone and best dance club in the region by the Washington Post, U Hall’s laid back environment with no dress code, 1,200 square foot cork-cushioned floor, award-winning sound system, and internationally recognized programming have made it an underground favorite since its 2010 opening.