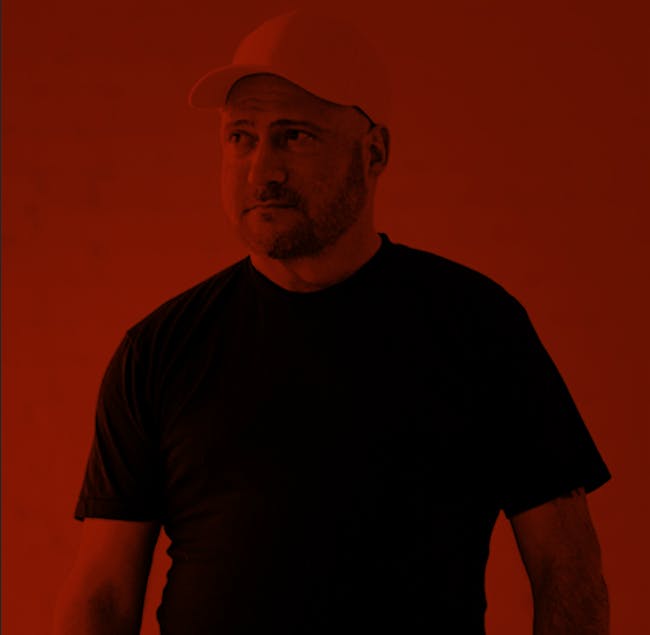 The momentum started building in early '70s New York, when a barely 10-year-old Danny first got the feel of vinyl in his hands. Enthralled by the music of artists like The Trammps, Marvin Gaye, African Hugh Masekela, and Giorgio Moroder, he started to collect records. In 1979 he discovered legendary nightclub Paradise Garage, where DJ Larry Levan's rich, genre-less blend of music seemed to mirror his own "no boundaries" policy.

Inspired, Tenaglia would soon embark on a successful career as a DJ and producer. His discography includes remixes for artists such as Depeche Mode, Madonna, Green Velvet, Yoko Ono, Blondie, The Orb, Faithless, Janet Jackson and many more. The title of his 1995 debut artist album on New York's Tribal Records described his sound perfectly: Hard & Soul.

A trio of label compilations - Mix This Pussy (1994) and Can Your Pussy Do The Dog? (1995) for Tribal, and Gag Me With A Tune (1996) were the first Tenaglia sets clubbers could take home to dissect.

In 1996, Danny landed a Saturday night residency at NYC’s Twilo, a position that upped his profile worldwide.

In 1998 Danny released the LP Tourism. It featured the now classic tracks "Elements" and "Music is the Answer".

In 1999 Tenaglia spread his DJ wings at his weekly residency at NYC’s Vinyl. The night was named "Be Yourself.” If he wanted to launch into a two-hour set of straight-up techno, he did. If he wanted to play all classic records, he did. If he wanted to get on the mic and tell the crowd the name of the track he was about to play, or just welcome everyone to the club, he did. And a city tired of drama embraced the barebones, music-centered night.

In 2000 the release of his Global Underground mix, Athens, lit the international fire. The DJ dates that would soon follow across Europe dispelled the mystery and started to clue people in as to what Danny's sets were like.

In 2000 his annual party at the just-opened superclub Space during Miami's Winter Music Conference attracted artists, industry types and fans alike. Tenaglia was hailed the "DJ's DJ." His remix of Green Velvet's "Flash" won "Best Remix" at the UK's Muzik Awards, where he was also awarded the "Best International DJ" prize.

In the two years that followed, Tenaglia released another Global Underground installment titled London; received a Grammy nomination for his remix of Depeche Mode's "I Feel Loved," and won a Dancestar Lifetime Achievement award.

Tenaglia’s "Be Yourself" nights in NYC would go on to take Dancestar's 'Best Party' award in 2003 and 2004. Since then Danny has continued to tour the world, bringing with him the embodiment of the “Be Yourself” vibe.

In 2008 Danny released a single, "The Space Dance", named in honor of his first weekly residency during the summer of 2008 at Space Ibiza.

Immediately following that, Danny released Futurism, a DJ mix compilation with a nod to the modern dance floor and his outlook for tomorrow's sounds.

The editors of DJ Mag selected Danny to mix a covermount cd representing the last 20 years of dance music. The CD was released as part of the magazine's June 2011 issue.

After over 30 years of DJing Danny still continues to tour around the world. His commitment to playing new music and incorporating it with music from his past is still a very big part of his performances. Towards the end of his sets he can often be seen on the dance floor, mingling and dancing with the same people who came to see him perform. At the moment it seems that for Danny Tenaglia, the future is only the beginning.

Based out of the District of Corruption (Washington DC), Juan And Hugo are Team Zapata. Purveyors of house music since the late 90's. They began crate digging and collecting records to Dj at house parties which led to playing at clubs up and down the east coast and other parts oft he world. Eventually from djing they evolved to producing original tracks and remixing for other artists.

Funky, disco, deep, tech, minimal, jackin. whatever you want to call it. We call it house. If its good and it makes you dance, we'll play it. nuff said! See you on the dance floor.