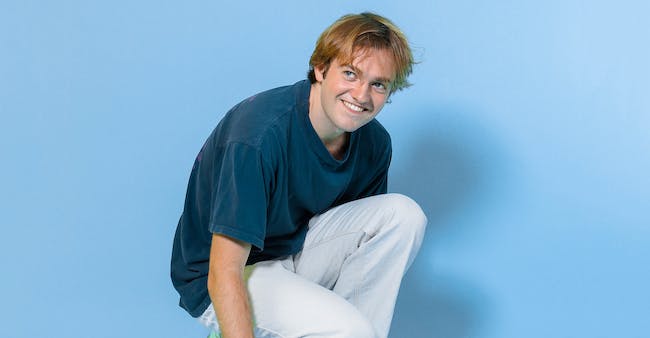 On his full-length debut Fuzzybrain, Austin-based artist Dayglow reveals his rare gift for illuminating emotional pain in a way that not only resonates, but ultimately makes that pain feel lighter. With its bright textures and effervescent melodies, glistening guitar tones and radiant vocals, the album instantly invites a dreamy euphoria, even as it gets incredibly candid about isolation and anxiety and loss.

“For as long as I’ve made music, it’s been my goal to use it to help people feel better, and hopefully treat each other better,” says the singer/songwriter otherwise known as Sloan Struble. “I believe that all art can do something good for the world, as long as artists can recognize its potential and embrace that responsibility.”

Gracefully threaded throughout the album, the optimism of Fuzzybrain is both hard-won and palpably sincere. Originally from Aledo, Texas—a Fort Worth suburb he refers to as a “small, football-crazed town”—Struble felt irrevocably out of place for most of his adolescence, eventually turning to music as a purposeful escape from his surroundings. “I didn’t really feel connected to what everyone else in my school was into, so making music became an obsession for me, and sort of like therapy in a way,” says Struble, now 20-years-old. “I’d just dream about it all day in class, and then come home and work on songs instead of doing homework. After a while I realized I’d made an album.”

True to the intensely personal nature of Fuzzybrain, Struble kept the project entirely to himself all throughout its creation. “Usually artists will have demos they’ll bounce off other people to get some feedback, but nobody except for my parents down the hall really heard much of the album until I put it out,” he says. Soon after self-releasing Fuzzybrain in fall 2018, Struble began earning widespread attention for the album, drawing an online following struck by the pure positivity of Dayglow’s output. “People have been really kind about getting in touch with me and telling me that the album makes them happy, or that it’s helped them through a rough time,” he says. “That was my greatest goal for it, so it’s amazing to hear that people feel that way.”

Working completely on his own with a miniscule collection of gear—his guitar, computer, some secondhand keyboards snagged at Goodwill—Struble created Fuzzybrain by transforming his private outpouring into a batch of songs often grandiose in scale. On the title track, for instance, he lets off a barrage of lyrics likely to strike a chord with the hyper-introspective (“Scattered mind, I call it a friend/I wish I thought a bit less and spoke up instead”), simultaneously sweetening the mood with swooning melodies and luminous synth. One of Fuzzybrain’s most melancholy moments, “Dear Friend,” offers up a tender serenade to an old pen pal, its sensitivity both heart- crushing and beautifully refreshing (“I know the world is changing quickly/And I couldn’t tell you why/It’s beyond my understanding/But I’d love it if we tried”). And on “Hot Rod,” Dayglow delights in a bit of good-natured insolence, spiking the track with a tempestuous guitar solo and breezily delivered lyrical digs (e.g., “I’m sorry for not wanting to be your décor”).

Though Struble describes Fuzzybrain as “DIY to the fullest extent,” the album unfolds with an immaculately constructed sound design that owes much to his uncompromising work ethic—an element illustrated in the making of a disarmingly wistful track titled “Can I Call You Tonight?” “I had the instrumental for that song fully produced for months before I had a purpose to put to it, lyrically,” he says. “I kept coming back to it every day, and then one day I got off the phone with a friend and the power was out in my house, so I just started writing down little phrases from our call and turned that into the lyrics.” In finishing up “Can I Call You Tonight?”, Struble cycled through nearly 30 separate final mixes before settling on the version that best captured the track’s tone. “I kept running back and forth from my room to my car, just listening to the mix over and over and making sure it sounded the way it needed to,” he recalls.

Dayglow is now gearing up for a more fully realized version of Fuzzybrain to be released, featuring two new tracks: “Nicknames” (a bold and bouncy number he perceives as a counterpart to “Hot Rod”) and “Listerine” (an undeniably potent track fueled by Struble’s confident vocal flow and flashes of jagged guitar work). “Both those songs were written around the same time as the rest of the album and very much exist in the Fuzzybrain universe,” he says. “Each is deeply intertwined into the conceptual universe and purpose of Fuzzybrain, and it just wouldn’t feel right releasing them in a separate body of work.”

As his audience widens to include fans around the world, Dayglow pushes forward with a mission of making music that strengthens hope, promotes peace, and—in an especially important turn for Struble—fosters a powerful sense of community. "When people come to the shows, I obviously want them to have fun and feel good—but more than that, I want them to make friends,” he says. “The impact of a show only lasts so long, but if you end up making a friend there, that impact can last quite a long time. I’d really love for people to share this whole experience in a way that goes beyond just the music.” 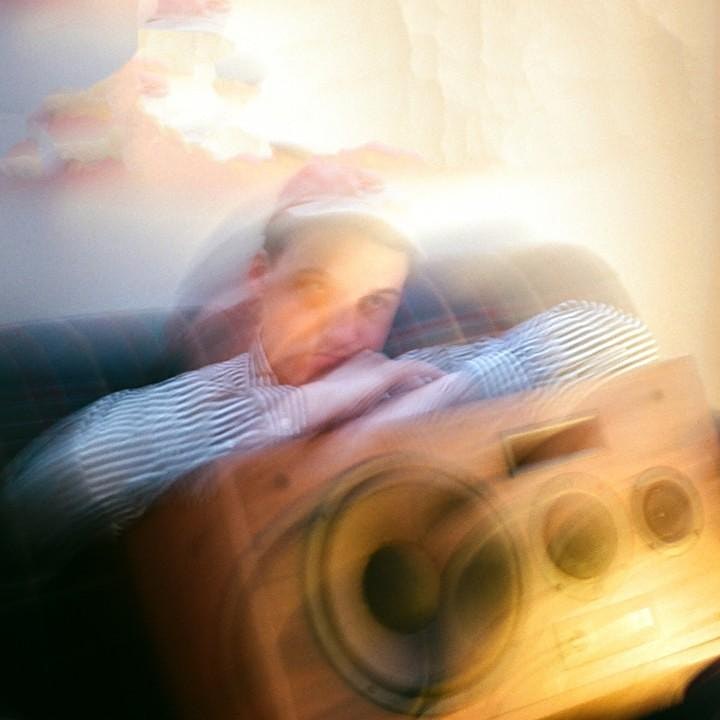 Beginning as an indie rock band comprised of high school friends, the project became a personal outlet for Rutter after his bandmates left on Mormon missions and his girlfriend left for college. In his bedroom, he began writing, recording, and producing his upcoming debut LP, entitled “Her and All of My Friends,” in which Rutter grapples with loss, loneliness, and a drift away from Mormon culture.