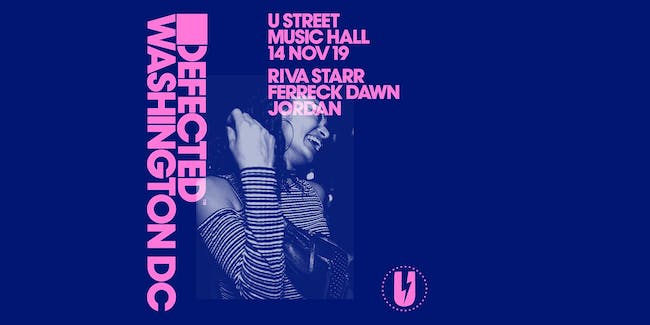 Legendary UK based record label Defected is touring the US this fall.

Simon Dunmore’s Defected is the great success story of UK dance music. For 20 years, it’s been dedicated to the finest in house, from its label and numerous associated imprints, to its events and festivals. Still, it hasn’t all been plain sailing — Defected has traversed choppy waters to become the super brand it is today. DJ Mag talks to Dunmore about his house history, adaptability and his approach to business… “I’m a collector of music and labels. My ambition was for people to have a Defected rack in their collections in the same way they'd have a Salsoul rack, a Prelude rack, a Strictly rack, a Philly International rack,” says Simon Dunmore. After a decade working in club promotions and A&R for the majors, he founded Defected Records on 1 January, 1999. The plan was to establish the UK’s answer to Mark Finkelstein and Gladys Pizarro’s legendary New York imprint Strictly Rhythm. You could say that he has achieved that. Thanks to Dunmore’s keen A&R savvy, which has over the years secured releases and forged enduring friendships with Masters At Work, Bob Sinclar, Dennis Ferrer, Roger Sanchez, Kevin Saunderson and Todd Terry, Defected has made an indelible imprint on British dance music. ‘To Be In Love’; ‘At Night’; ‘Finally’; ‘Another Chance’: all tracks knowable by name alone. To call it the most influential UK house label of all-time would be entirely acceptable.

Riva Starr, aka East-London based Stefano Miele, has long burned a mark on the night. Not simply a widely respected DJ, producer and the owner of Snatch! Records, his restless artistry has made a career from shrugging off genre constraints and expectations.

Freek Coppens (aka) Ferreck Dawn has been active as a dj and producer for over 17 years now. His productions are released on well known labels like Defected, Toolroom, Relief and and Kittball records and have been supported by a wide variety of dj’s like Carl Cox, Luciano, Nic Fanciulli, Maceo Plex, Mark Knight, Green Velvet, Richy Ahmed and Paco Osuna.

Ferreck has had very successful releases throughout the years like Love Too Deep (BBC R1 daytime rotation), You Are The One (Annie Mac's Hottest Record), Something Else, Rockin', Old Dollars and Lord. His debut release on Defected (In Arms) became one of the most played tracks in Ibiza in 2018, reached the overall #1 on Beatport and gathered over 15 million streams on Spotify. He recently released his latest single 'Selfish Games' on Defected Records and remixed artists like David Guetta, Michael Calfan, Martin Jensen, Matoma and M-22.

2019 has been great so far with several Beatport top10's, releases on respected underground labels and shows all over the world. Some of the highlights were Defected Croatia, Hï Ibiza, We Are FSTVL, his first Canada tour and Tomorrowland Belgium. While currently holding the position of 4th best selling house artist on Beatport and a lot of new releases coming soon, 2019 is shaping up to be his best year ever. And he is not slowing down!

Washington DC Based DJ Duo, Abbey and Jeff live for House and Techno with a deep love for the variety these genres offer the DC musical landscape. With the ultimate goal of providing a contextually curated musical experience, this duo will spin up anything from tech house to progressive tribal selections. Frequenting DC staples like Flash DC, El Techo, and popup warehouse parties, it is easy to find these two on the decks or the dance floor.