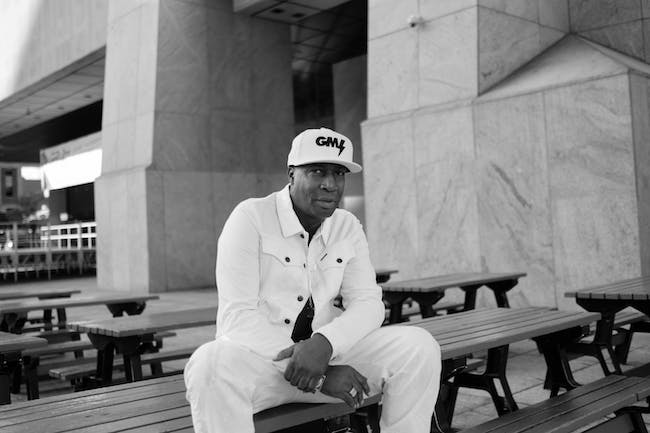 Emerging from the South Bronx in the early 1970s, Grandmaster Flash is inarguably one of Hip Hop’s original innovators. In the earliest days of the genre, he manipulated music by placing his fingers on the vinyl, perfected beat looping, and discovered many of the most iconic beats still commonly sampled today. It’s no surprise that The New York Times calls him Hip Hop’s first virtuoso.

Today, he’s the voice of an entire generation of 1970s hip hop pioneers. From his electric live shows, to his production role on Netflix’ The Get Down, Grandmaster Flash is at once a historian, a storyteller, and a cultural force.

Jahsonic A native of Washington, DC, Jahsonic has been moving crowds at his weekly Monday night party - The Main Ingredient at Marvin since 2007.

He got his start playing neighborhood house parties at the age of 11. His first paying gigs were residencies at the Blue Room, JIN Lounge and asone of the founding On-Air hosts and mixologists on 89.3 WPFWs ‘Decipher’ hip-hop hour. His latest program at WPFW, ‘AlternativeSaints Radio’ explores the African diasporic permanence of culture through music and can be heard every Tuesday night from 8-10pm.

Jahsonic was also a national finalist in the 2011 Red Bull “ThreeStyle” DJ competition in Las Vegas and has played the AfroPunk Festival in Brooklyn.

Jahsonic is also the creator and curator of the monthly “Axel F” party, where he plays the finest in classic champagne soul, funk, disco andlazer boogie for appreciative crowds and of “Behind The Line” where he pushes the boundaries of what’s possible in music with a focus on timeless sounds.

He is currently the Co-Director of Music and Radio at Eaton Workshop Hotel, a new arts and activism centered hospitality brand that opened its first US location in downtown Washington DC in fall of 2018.