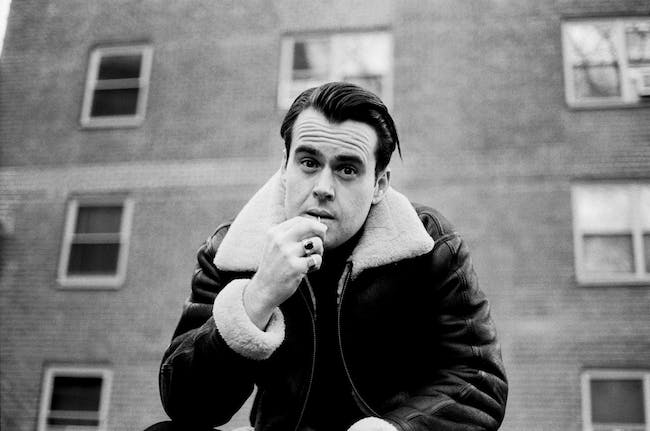 Dec Lennon aka Krystal Klear is a music producer and DJ from Dublin, Ireland currently residing in NY. He runs the label Cold Tonic and has released on Running Back, UTTU, Madtech, Eglo, All City and more.

Making his debut into the world in 2010 under the anonymous moniker of Krystal Klear, Dublin native Dec Lennon has made a steady rise to become one of the freshest new faces in music that both has the chops to destroy underground dance floors with his deep crate of records, or spin out polished productions in the studio with legends like Nile Rodgers.

With regular endorsements from the likes of Mark Ronson, Jackmaster, Joy Orbison, Skream, Brodinski, Dam Funk, Rudimental, Trevor Nelson, Annie Mac, Gerd Janson, and Mistajam, confidence continued to build. In 2013 came the launch of his much revered Cold Tonic imprint, a label dedicated to releasing some of the heavier underground sounds that Krystal Klear was bringing into his sets. And towards the end of the year, opportunity knocked when Chic's Nile Rodgers invited him into the studio, recording in Dublin, London, and at Nile's home in New York getting to work alongside Chic and one of Dec's most revered vocalists Michael Macdonald of The Dooby Brothers and Steely Dan. This work led to production work with artists like Kele, Yasmin, Solange, Semna; and remix requests for major artists like Donna Summer, Kelis, Sky Ferreira, Blood Orange, Marina and the Diamonds, The Killers and Seven Davis Jr.

Few artists can match such a deep knowledge of underground dance music with the studio skills and sensibilities it takes to work with some of the most legendary people in music. And as Krystal Klear continues to tour the world and release hit records, the future is bright.

Baltimore legend and former owner of the Paradox Nightclub, which hosted events for 25 years in Charm City.