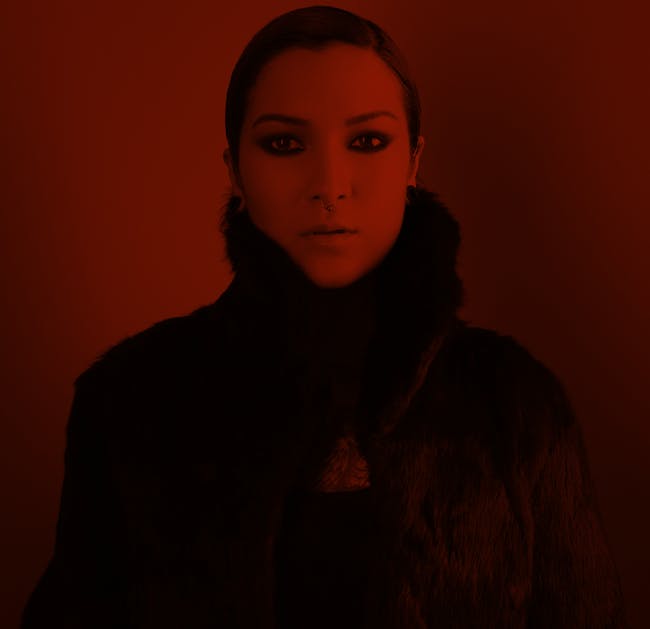 29-year-old British-Japanese, producer/DJ, Maya Jane Coles, has won awards for both production and DJ skills, amassed millions of YouTube, Spotify plays and a staggering 3.2 million Soundcloud followers! 2017 sees Maya release her most substantial body of work to date; her sophomore album "Take Flight" on her own label; I/AM/ME.

Maya has played in over 40 countries. Gigging from the Tate Modern to MOMA, Brighton Football Stadium, cranes, hotels, car parks, bridges, deserts, fashion launches, mountains, muddy fields, beaches, not to mention the most prestigious clubs in the world. Critical and fan support have closely followed her career with Maya picking up multiple awards including Beatport's 'Staff Pick: Artist of the year 2011' and "Best Producer', "Best DJ", "Best Compilation” or "Best Underground Track" from a variety of media from Mixmag and DJ to FACT and SPIN!

Indeed, Maya has already graced the cover of over 20 magazines in 8 different countries including twice for Mixmag (UK), DJ Mag (UK & USA), Village Voice (USA), Trax (France), Groove (Germany) and Vicious (Spain), alongside coverage as diverse as Vogue and Nylon through to Rolling Stone, Wall Street Journal and GQ. Maya even found time to front the international campaign for Dr. Martens AW15 collection. So why all the fuss?

Well, Maya is somewhat of an enigma in today's music world; on a typical Maya Jane Coles record, Maya will have written, produced, engineered, arranged, mixed and performed every element of the track; some times top-lining and, on many occasions, even designing the sleeve artwork too. Maya is no overnight success, rather someone who has been paying their dues and honing their craft for years…

First intrigued by the musical mixture of sounds from dub to punk to soul to jazz to world to classical music played at home; Maya began to pick up a few instruments herself and started to songwriting.

Production felt like the natural next step to realise her own vision at every part of the process from beginning to end. First producing hip-hop at 15, Maya migrated to dubbier electronic sounds aged 16 and following the experience of exploring good underground house in the clubs and warehouses of East London she started to make house records, culminating in her first release “Sick Panda” on Dogmatik back in in 2007. The release led to gigs at events like the BBC Electric Proms and Bestival.

Maya created a live electronic duo She is Danger alongside vocalist Lena Cullen. She is Danger remixed artists from Gorillaz to Groove Armada with an acclaimed Dub re-working of Massive Attack’s ‘Girl, I Love You’ included on “Heligoland”. Despite acclaim and growing success with a memorable live performance at Torture Garden; Maya’s solo production and DJ career escalated and the band went on hiatus.

Indeed, whilst earlier tracks were all well received it is arguably “What They Say”, originally released on Real Tone, that would see Maya emerge as a burgeoning star across the underground house scene. Topping both the sales charts on Beatport; and Resident Advisor’s charts week upon week.

Led by the single “Easier to Hide” in 2012; July 2013 saw the release of her debut album “Comfort” on her I/AM/ME imprint. The record was produced, engineered and mixed solely by Maya herself. She even created the artwork for the album and all singles. Maya's debut was critically acclaimed, delivering an eclectic melting pot of sound and texture drawing on everything from house and techno through to R&B and Dub. Vocal guests on the record included Tricky, Miss Kittin, Kim Ann Foxman, Karin Park, Nadine Shah and Thomas Knights; the latter also directed two of the album’s music videos!

2014 saw a club smash “Getting Freaky” on Heidi's Jackathon Jams label and a return to Dogmatik with the release of “Watcher”. Maya also collaborated with GAPS on a Mobilee EP release. Maya in turn released GAPS album as the first release on I/AM/ME other than her own material in 2015.

In 2015, under Maya’s eponymous album under her bass driven “Nocturnal Sunshine” alias saw Maya take best Producer at the DJ Mag awards and was further included in DJ Mag’s Top 10 Albums of 2015. Again Maya took on all duties from music to artwork with Catnapp and Chelou the only guest artists on the album. Maya has also remixed emergent talents The Orb. Karin Park and Phil Kieran, and originals ‘Can’t Hide The Way I Feel/Broke’. Maya would debut the moniker on her own branded stage at Secret Garden and later play a handful of special gigs under the moniker such as Jamie XX in NYC and Bonobo in London.

As aforementioned, Maya has also lent her production talents to other acts; remixing the electronic underground finest; Bonobo, Bookashade and Tiga; to leftfield acts like The XX, Tricky and Little Dragon through to pop’s most credible; Sia, Lianne La Havas, Sam Smith, Florence & The Machine, and even the legendary Ella Fitzgerald!

Maya’s breakthrough track “What They Say” track was slowed and looped to form the backing track for Nicki Minaj’s “Truffle Butter”. The track also featuring Lil Wayne and Drake would receive a Grammy Nomination and peaked at 14 on the Billboard Hot 100, placing at 66 for 2015 overall, with artists such as T.I. and Ludacris releasing cover versions. The track has sold over a million copies around the world.

Maya has also produced for acts such as Alpines, Little Boots and Chelou’s “Halfway to Nowhere”.

Alongside her production and remixing credentials; Aged 17; Maya bought herself some 1210′s and started learning to mix on vinyl and since then Maya's reputation as a DJ has reached heady proportions. such as placing in Resident Advisor’s DJ top 10 Chart with acclaimed mixes for Resident Advisor, XLR8TR, Boiler Room, a Mixmag cover-mount CD as well as multiple Essential Mixes.

In April 2012, Maya's position as one of the world's top DJs was solidified with the release of her multi-award winning edition to K7's legendary DJ Kicks mix series which gained international chart success and massive critical praised. Maya would later release Fabric 75 in 2015 to similar success.

Maya has programmed her own Maya Jane Coles festival stages such as BPM (MEX), SW4 (UK), ADE (NDL), Secret Garden (UK) and Holy Ship (USA) with performers ranging from Bonobo, Tale of Us and Dixon right through to burlesque royalty Dita Von Teese!

Rumour has it that Maya has also released under quite a few other pseudonyms though she prefers never to reveal their identity so that the work can be judged on its own merits without expectation of a particular sound. Maya’s new album “Take Flight” is set to evidence and expand the breadth of Maya’s talents to date.

Texas born, DC devoted, Jacq Jill is breaking barriers and creating her own path through the illustrious underground current.  She has been a busy DJ, curator, and engineer since 2013, and in that time has shared the decks with many global names including Volvox, Mall Grab, LOUISAHHH, Matrixxman, DJ Minx, J Phlip, & Jasmine Infiniti. Most recently, she was featured in Boiler Room’s 2019 North American Tour where she played alongside DJ Haram, Ariel Zetina, and DC natives Lisa Frank & Jett Chandon. Expanding her reach, Jacq has made noted appearances at Rinse FM (Londong), Quantica Online (Paris), Elsewhere NYC, Bossa Nova Civic Club, Hot Mass Pittsburgh, Nowadays, and The Lot Radio (NYC). Her summer 2018 Honcho Summer Campout debut featuring the likes of Jasmine Infiniti, Jason Kendig, Jackie House, Gideön, and heaps more queer royalty, marked her as a breakout artist to watch. This mix is featured in RA’s Honcho Campout write up about the American queer techno scene. You can find her running a new underground warehouse series, hothouse, featuring a variety of heavyweights, like Shyboi (Discwoman) & Jasmine Infiniti. Her emotional, fun, no mercy sets exude her ability to connect the room, and more obvious, her love of music. 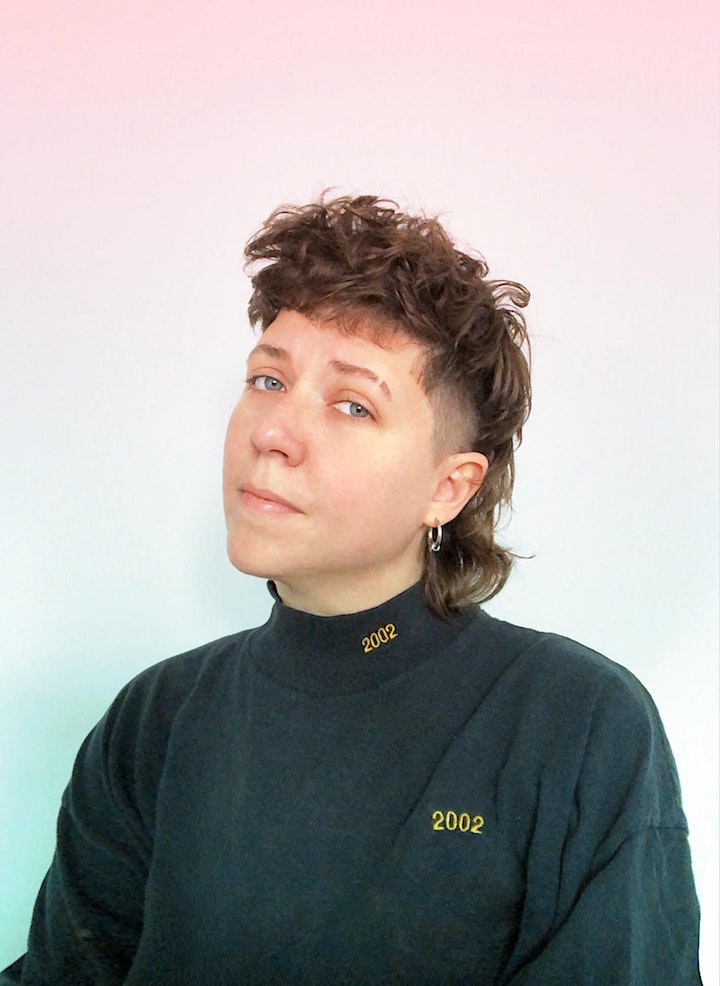