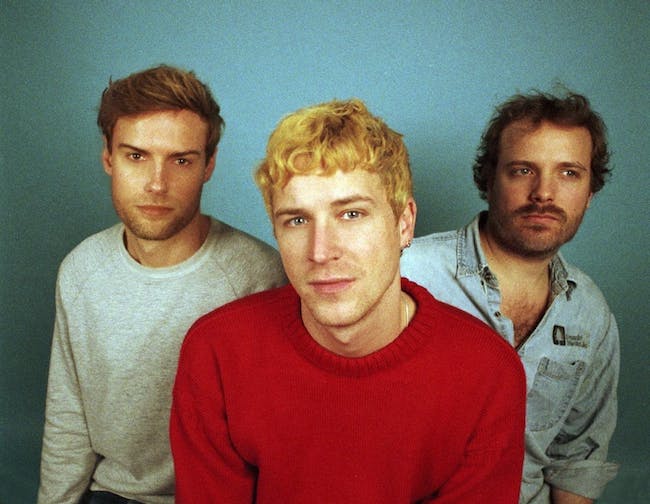 9:30 Club Presents at U Street Music Hall... The Life After Tour

With their sublime second album, Palace have pulled off a rare pop trick. Songs steeped in darkness emerge in to light, from bleak situations spring fresh starts. Bathed in the band’s atmospheric alt-rock, the future feels brighter and more optimistic.

Life After is both an album about loss and a manual to moving on. “I’m writing this song, to help you breathe again,” sings Leo Wyndham on the opening title track, a shimmering ode to survival. By the epic, seven minute-plus closer Heaven Up There, the theme of Life After is obvious.

“Hope,” says Leo. “Hope and positivity – seeing the light at the end of a long tunnel. It’s about going through tough times and coming out the other side.”

Palace didn’t start their second album with any plans in place. Buoyed by the reception of their debut, 2016’s So Long Forever, and near two years of sold-out shows and festival slots that won them fans worldwide, the London-based trio of former Dorset school friends had a new-found confidence that they were keen to capture on record.

“On our debut, we were pretty green and new to it all,” admits drummer Matt Hodges, who had never been in a band before Palace formed for fun in 2012. “We’d only had a few rehearsals when we started getting gigs. We put one song on Soundcloud, and people started to listen. We released an EP and suddenly we were signed.

“We almost drove ourselves mad making our first album. We’d spend weeks on one drum part then scrap it. What we learned was to stop being so precious. If it sounds good, go with it.”

Between tours in 2017, Palace returned to their Tottenham studio-come-shared warehouse space, The Arch, where So Long Forever was demoed, and simply plugged in and played.

Our sole aim was to write better songs “Some songs have an all-enveloping wall of guitars, others are stripped right down. It was about finding the right mood for each song, not settling on one sound.”

Some of the songs had been written on the road, referencing both relationships that had broken down and new bonds that had been forged. Others took shape in the studio and captured events that were taking place in the trio’s lives, often only realised in retrospect.

“A lot of the songs suddenly made sense later down the line,” says Leo. “With a couple, I wrote the lyrics, then they came true. Back home, we were all making new connections and having conversations that filtered in to the songs. I was going through a tough time and writing became my coping mechanism. It became a way of really helping me by giving me an outlet.”

The album’s title track is one of several songs that use loss as a springboard for fresh starts. Ditto spectral new single No Other, its lyrics a hug of reassurance and a celebration of love. As its title implies, Life After doesn’t linger on the curveballs you can’t control, but on finding your feet in their aftermath.

“Touring our first album definitely changed our outlook on life,” says Leo. “So Long Forever dealt a lot with loss, but to stand on stage and hear those songs sung back at us, to witness the impact they’d had on our fans was incredible. From a bad situation came so much positivity.

“We took that energy back to The Arch. As a band, we felt much more confident. We could hear that we’d stepped up a gear. Writing and recording came more naturally, and my lyrics became more outward looking.”

Confidence shines through Life After. Touring has improved the trio’s playing; their song structures have become more varied. They’re now not afraid to take risks, whether stripping back songs such as the sensual Bones and the acoustic Face In The Crowd or playing with tempos as on the sensational, shape-shifting Caught My Breath, on which the outro turns in to a chant.

“Before Palace I’d never sung to anyone,” says Leo “I genuinely had no idea that I could sing or write songs. It’s been a case of learning on the job and building our confidence.”

That confidence was key to recording. For the first time, many of the original demos made it on to the album, which was largely produced by Catherine Marks (2018’s UK Producer of the Year, who has previously worked with St Vincent, Wolf Alice and PJ Harvey) and Luke Smith (Foals, Slow Club) at Willesden’s Assault & Battery studios.

“Catherine loved the demos we’d done at The Arch and wanted to build those up rather than re-record them,” explains Rupert. “There was a purity and a spontaneity to them that she spotted straight away.”

“The vocal on Heaven Up There, for example, is from the demo as well as a lot of the guitars. We realised we’d written with more conviction without even noticing. There was a soulfulness to the songs that came from the three of us not worrying about trying to be perfect.”

“Even the parts we did rerecord, we did incredibly quickly. Most of the album was recorded in a fortnight.”

“The big lesson we learnt was not to over analyse,” says Leo. “That goes for life as well as the music. There’s a track on the album called All In My Stride, which is really a note to self. It’s about putting problems in to perspective, dealing with them and moving on. No matter how hard life seems at times, there’s always hope.” 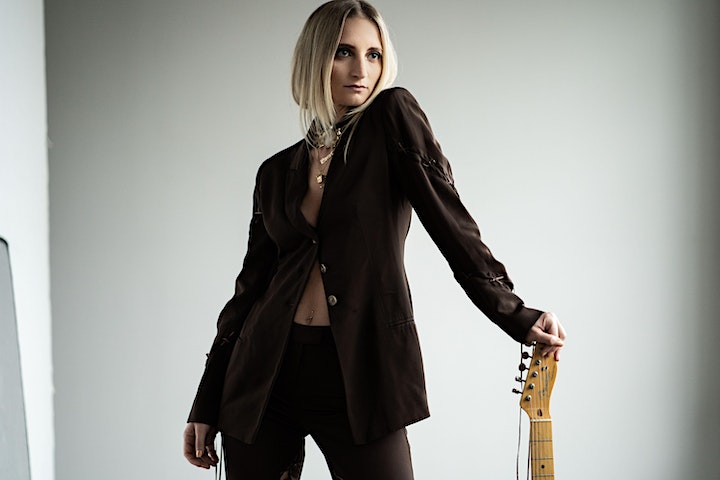 Janet May is an artist and activist from the Lower East Side, Manhattan, whose powerful songs tackle subject matter ranging from the power of the feminine to the environment and mass incarceration

The depth and authenticity of her work has led to national political campaigns and news channels asking to use the music in their promotional videos and at rallies.Her artwork was created by legendary NYC protest graffiti artist responsible for developing the ‘SAMO’ tag with Jean Michel-Basquiat; Al Diaz.She is currently playing her music in Jails, Prisons and Correctional facilities to incarcerated women.Janet also started a charity helping LGBTQI refugees in Tijuana stuck at the US border.She is a member of numerous protest organizations and she is playing her feminist anthem “Lessons to Learn” the main-stage at the NYC “Women’s March” in January 2020 She has developed a series of music, activism and performance videos with protest photographer Pete Voelker (New York Times, VICE)Janet May released her debut single with a profile of her work in New York MagazineCheck out “Lessons to Learn” here:https://www.thecut.com/2019/06/if-youre-protesting-janet-may-wants-to-sing-by-your-side.html