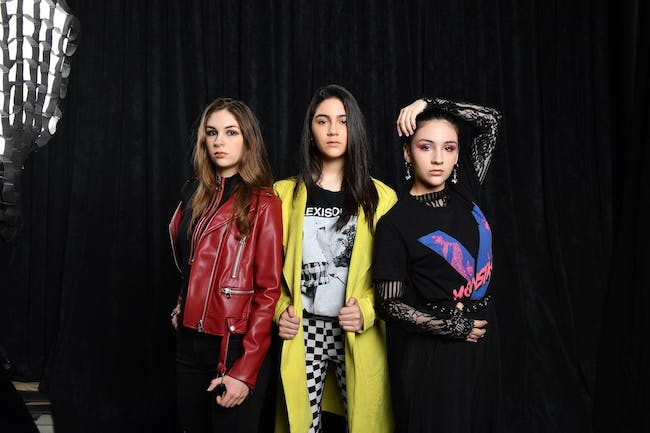 This impressive trio of sisters - Daniela (guitar and voice), Paulina (drums, piano and vocals), and Alejandra (bass, piano and vocals), have elaborate musical affinities that range from the classic rock of Queen and Pink Floyd, to sounds from more recent generations like Muse and My Chemical Romance. They have participated in some of the most important rock festivals in Mexico such as Vive Latino, Hell & Heaven, Mother of All, Pal Norte, Force Fest and Rock al Parque in Colombia. They recently toured in Argentina, to an amazing response, and have stepped on emblematic stages like House of Blues. They have supported bands like Def Leppard and The Killers, two of their original songs are part of the popular video game Rock Band, and they are the only Mexican band that has performed live on the Ellen show.

The Warning launched their second album "Queen of the Murder Scene" in November 2019 conceptual album mounted on a great audiovisual show full of energy and pure rock!